A fairy-tale castle in a romantic setting in Champagne country

Château de Fère Hôtel & Spa sits adjacent to the evocative ruins of a 13th-century fortified castle that fell into ruins in the 17th century. Formerly a wing of the old castle, the chateau was restored in 1863 and nestles amidst woodland and manicured lawns with an ancient bridge that spans the moat.

With many of the rooms of Château de Fère overlooking the the Château's garden or ruins of the medieval castle, the atmosphere here is incredibly romantic. Rooms are tastefully decorated with works of art and antique furniture in the spacious suites.

Enjoy a bike ride in the park or gardens or try your hand at a game of tennis. Refresh yourself with a dip in the outdoor pool or request a massage in your room. In the afternoon, take a trip to the famous Champagne houses in nearby Epernay and Reims. Return to Château de Fère for a gastronomic dinner in the restaurant. 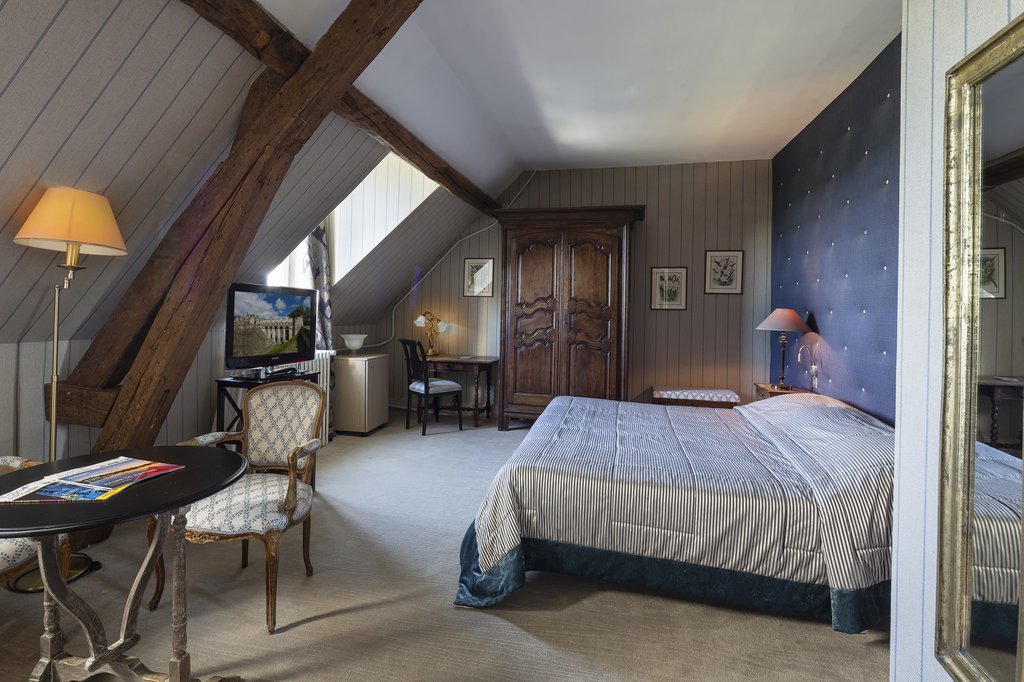 All rooms are perfectly equipped in 5* with a flat screen television and a satellite connection, a minibar, a safe, and, of course, free Wi-fi.

The Luxe Rooms, from 15 to 20 square metres, boast a classic, recently renovated decoration. 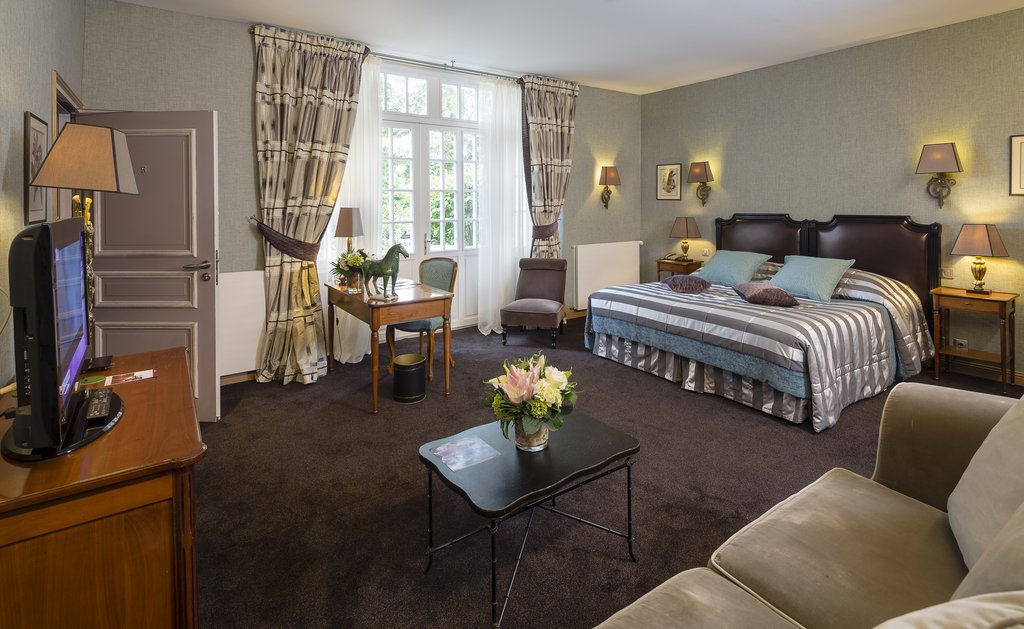 A refined environment and a high class presentation: These rooms are prettily decorated, offering a truly comfortable privacy.

They give their occupants a view over either the medieval ruins or the surrounding gardens. Three of them include private terraces. Flat screen television and a satellite connection, a minibar, a safe, and, complimentary Wifi. 32-44 sq. m. 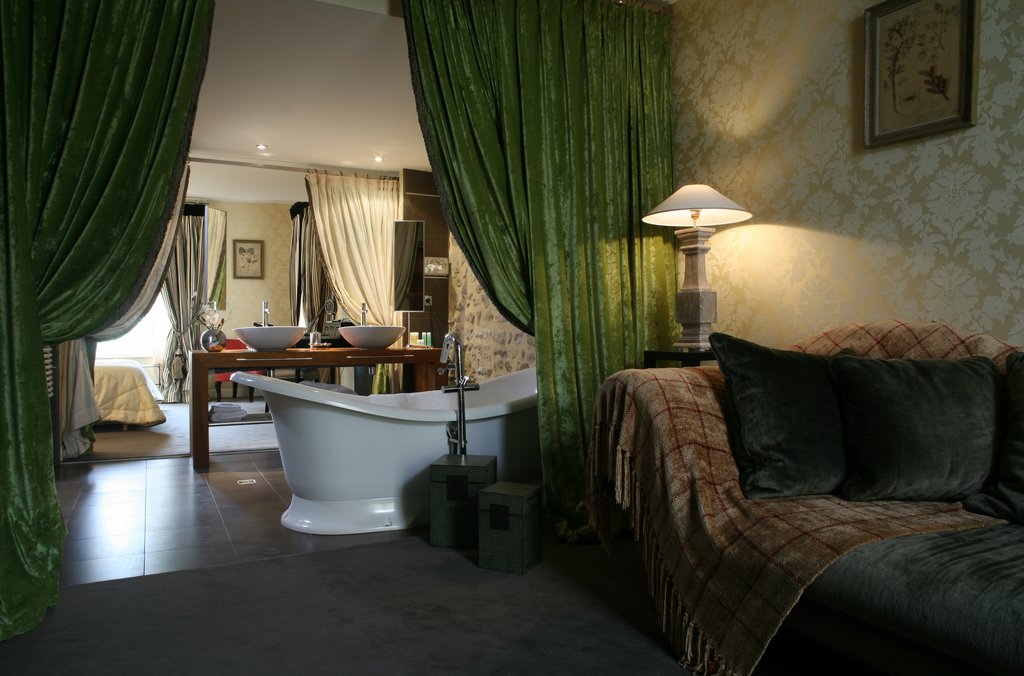 Spacious rooms with a living room corner, charm, comfort and overlooking the surrounding nature or the picturesque remains of the fortress. Private bathtub and toilet.

Flat screen television, Wifi, a telephone, a minibar, and a safe. From 35 to 46 square metres. 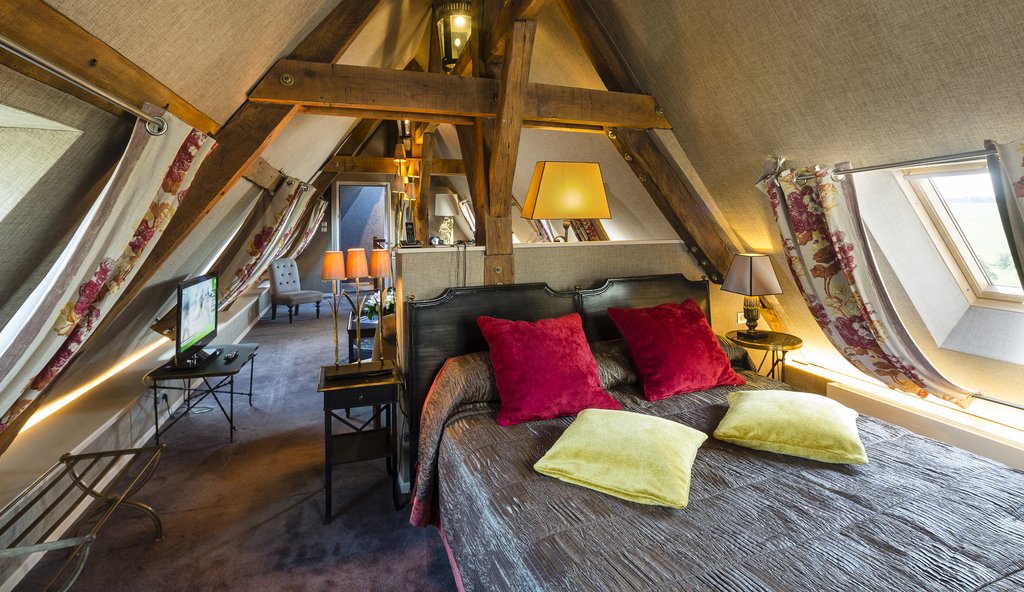 A French Gastronomic Experience in the heart of the Champagne region.

French Gastronomy served in the 3 lounges with fireplace and chandelier. Terrace is opened in summer. 50 seats. Closed for lunch time on Monday and Tuesday. Lunch from 12.30 to 13.30 PM and Dinner from 19.30 to 21.30 PM

Cing Monde Spa - Jean Louis Poiraux who founded CINQ MONDEDS is a keen fan of Massages, Aromatherapy and cosmetics, and has spent over ten years cross crossing the globe to find the best treatments and massages from all over the world. Today Cinq Monde Spa, Rituels de Beaute du Monde bring together a wonderful palette of well-being treatments and traditions, imbued with quality authenticity and ceremonial. The SPA with the values it conveys, is a subtle transposition of the universe of well being and a treatment with an emotional and sensory approach. The treatments are offered in-room. The bathroom is opened onto the bedroom which becomes, with the presence of a treatment bed, a private room reserved for your massage. Priority is given to treatments designed to favour relaxation. Bodily treatments, however, such as rubbing and modelling, are also given. The exceptional environment, with a view on the castle ruins and the majestic forest, contributes to this sensation of peace and well-being.