Close to Bayeux and the D-Day Landing Beaches in Normandy

The atmosphere at Château La la Chenevière Hotel is that of an English country house combined with French style. The rooms and suites are havens of comfort and decorated in soft pastel tints to bring a warm, modern ambience yet still retaining its period splendour. Every room has a garden view and the whole place reflects casual country charm.

Visit the tapestry museum at Bayeux and then Omaha Beach, the site of the American D-Day landings. Return to Château La Chenevière Hotel and relax by the pool surrounded by fragrant shrubs. Enjoy haute cuisine in the restaurant accompanied by fine wines, and relax in the bar with a speakeasy after-dinner liqueur. 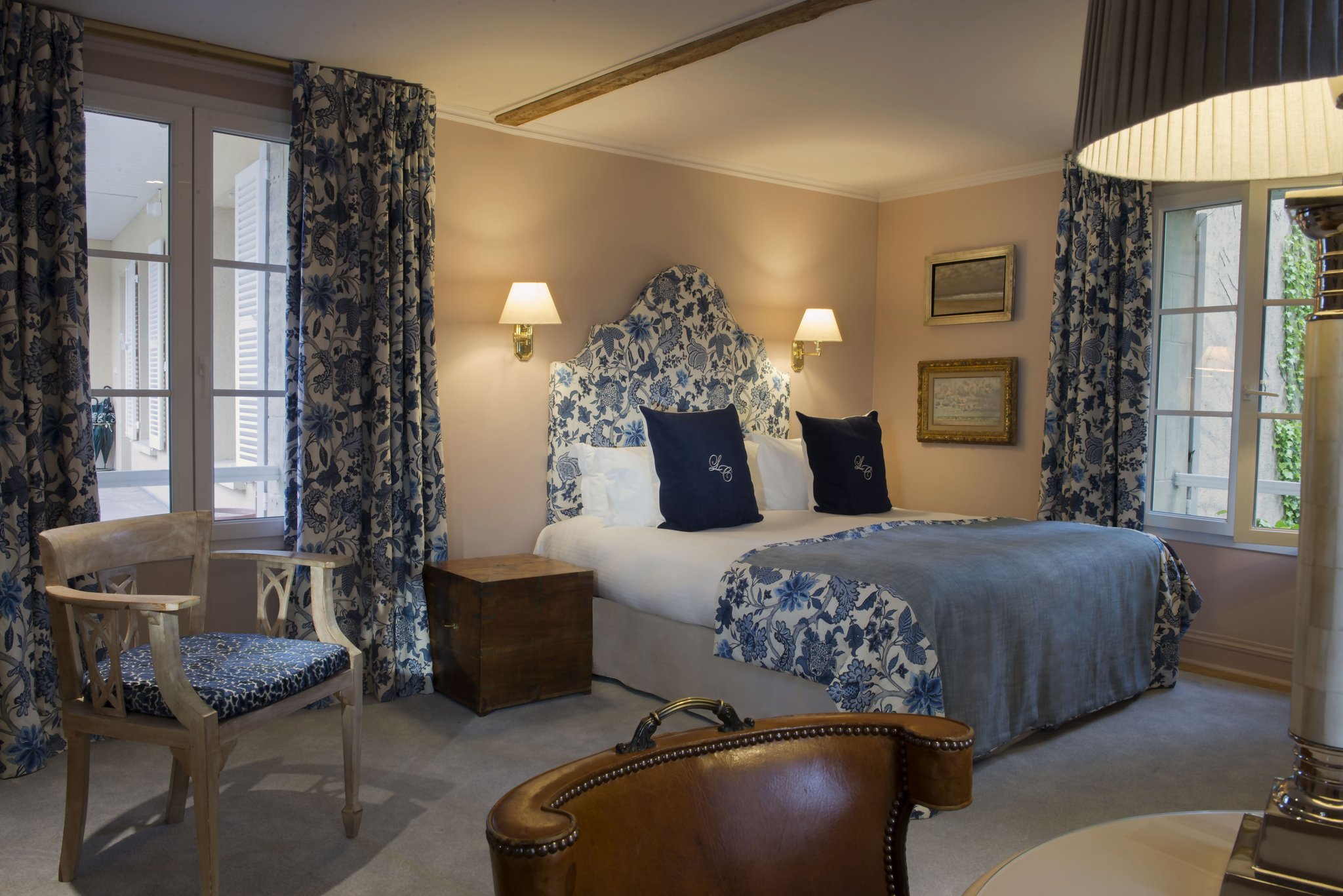 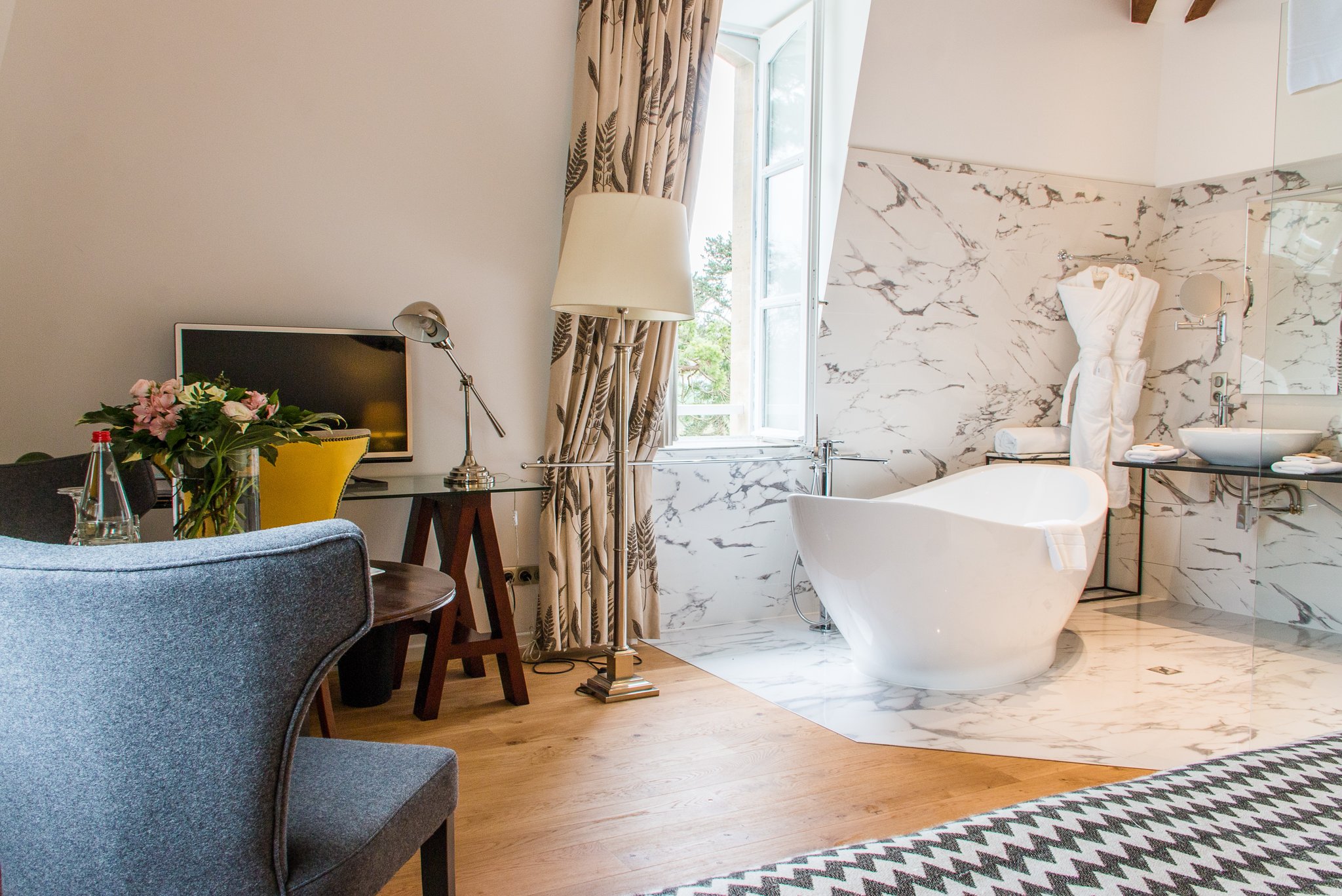 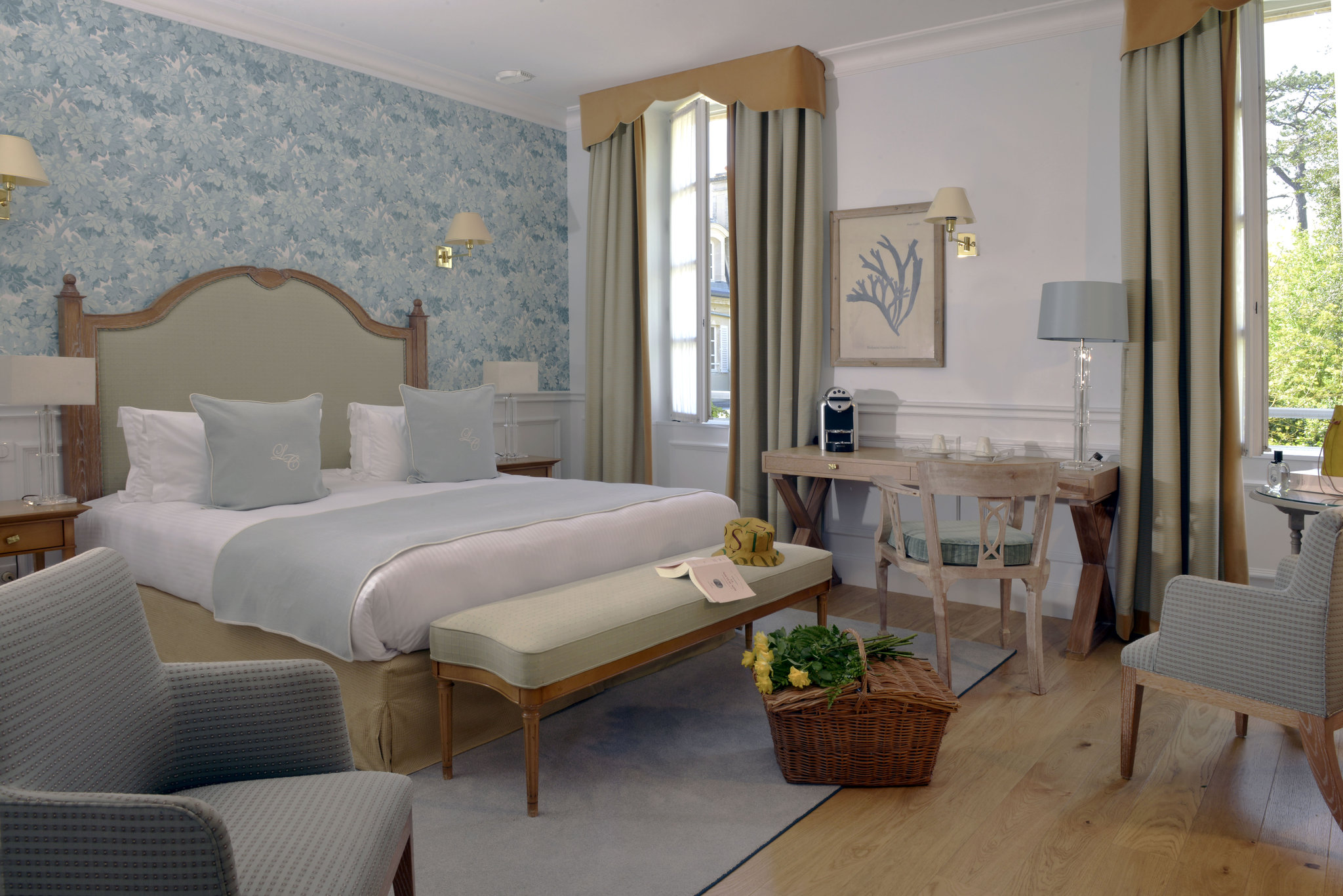 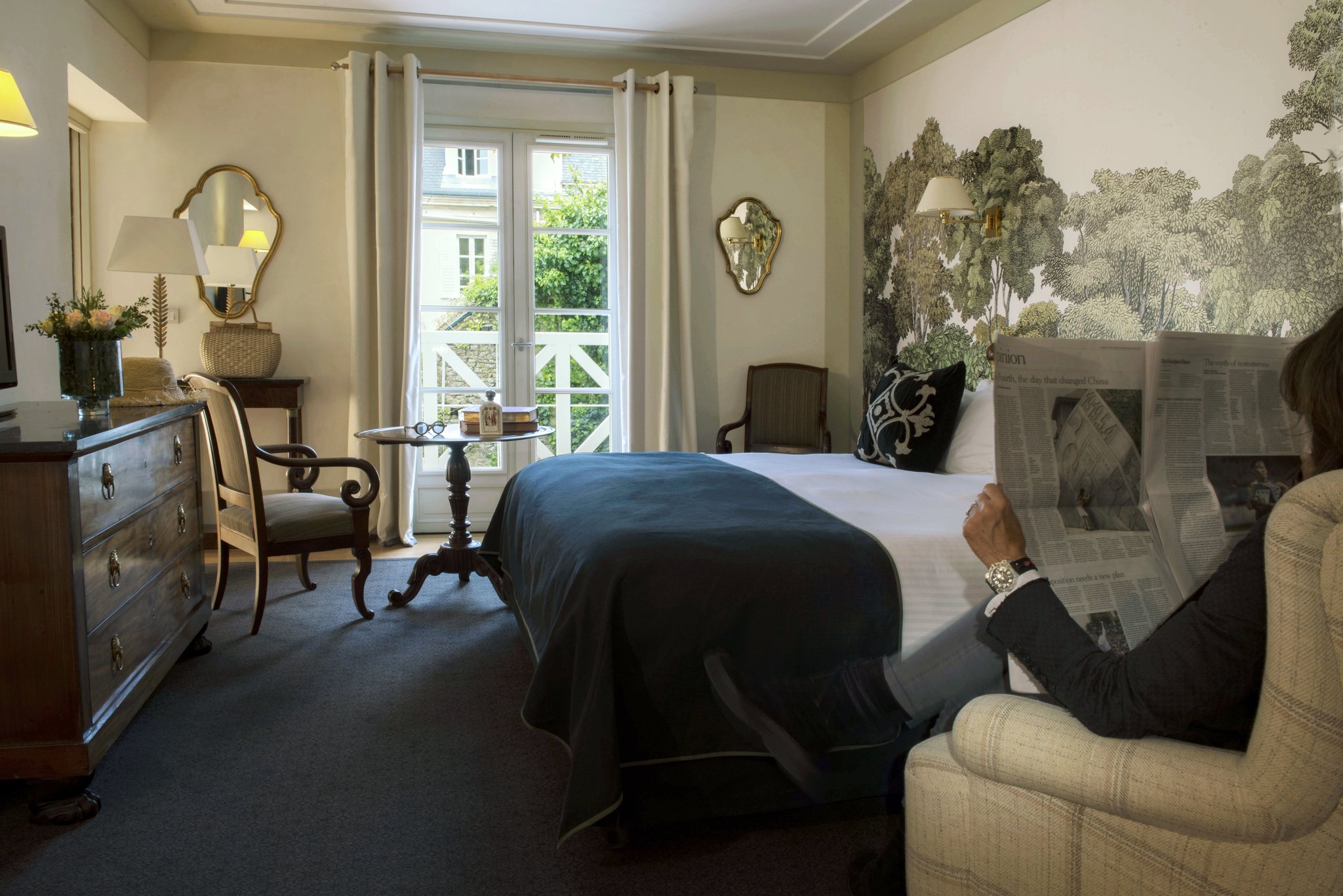 Le Petit Jardin is the hotel pop-up lunch restaurant open from mid May until the end of September. Lunches include a grilled meat or catch of the day with delicious starters and desserts made with seasonal products.

Didier Robin- head chef at the restaurant- specialises in creative Norman cuisine- using only locally sourced products. He strictly works with the best producers of the region- as well as the gardeners of the chateau selecting the best vegetables- fruits- herbs and honey from its vegetable garden and beehives. The menu changes seasonally and offers a gourmet land and sea cuisine. His high end menu is perfectly complimented with a wine cellar featuring the best wines selected by our sommelier.

Zanzibar is the hotel hidden bar decorated by the collection of the owners of travel souvenirs. This speakeasy discreetly invites guests to enjoy a drink after their meal. Its Calvados based cocktail menu guarantees a fun and unique experience.