Just a short walk from the Old Town in Nice

Set on the cliffs on the corniche and overlooking the Baie des Anges, Hôtel la Pérouse offers the most breathtaking sea views. In the heart of Nice, close to the Cours Saleya flower market, this 56-room boutique hotel provides a fitness centre with jacuzzi and sauna, a sunny rooftop terrace and a dramatic heated outdoor pool set against an impressive limestone cliff.

Hôtel la Pérouse is definitely the place to stay for some of the best views of the city and the sea. Most of the rooms have amazing views and all are bright and cheerful, beautifully decorated in elegant Mediterranean style. Spend sunny mornings taking breakfast on the terrace, then relax by the pool before wandering around Old Town.

Head to Cours Saleya where the daily market takes place. Wander through the maze of narrow streets packed with restaurants, bars, galleries and boutiques until you reach Place Garibaldi with its elegant townhouses and arcades. Return to Hôtel la Pérouse for lunch in the outdoor Restaurant Le Patio. Sit under the shade of the lemon trees accompanied by a gentle sea breeze and enjoy exquisite Mediterranean cuisine. 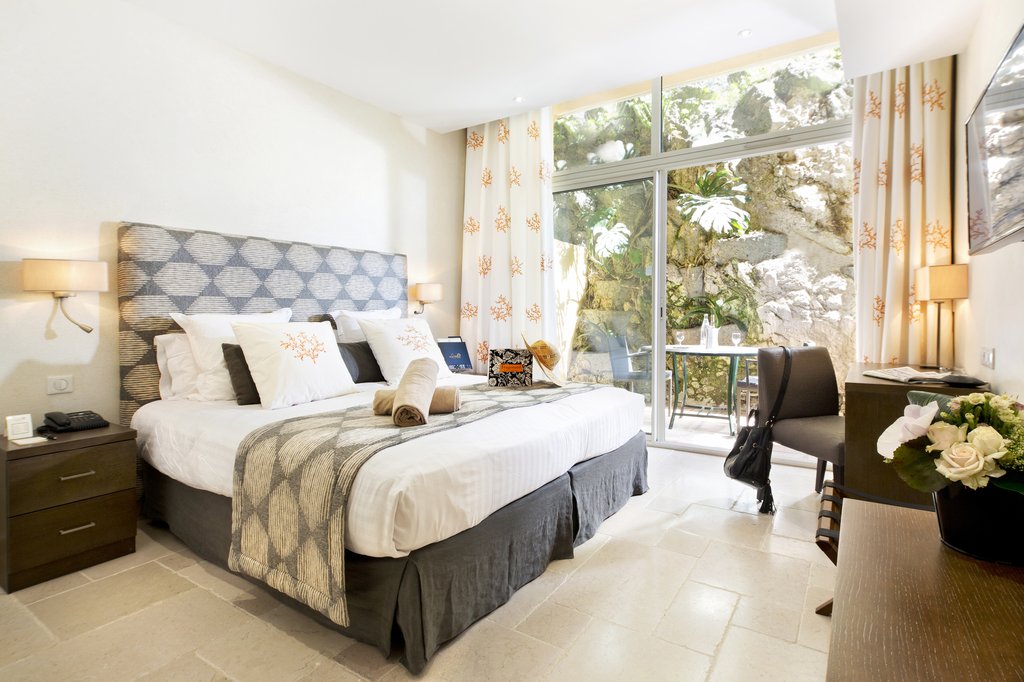 Classic Room Rock View. With an elegant and sober South of France deco, the Classic rooms are fully equipped and with dining table on the outdoor space, they propose twin or king bed. 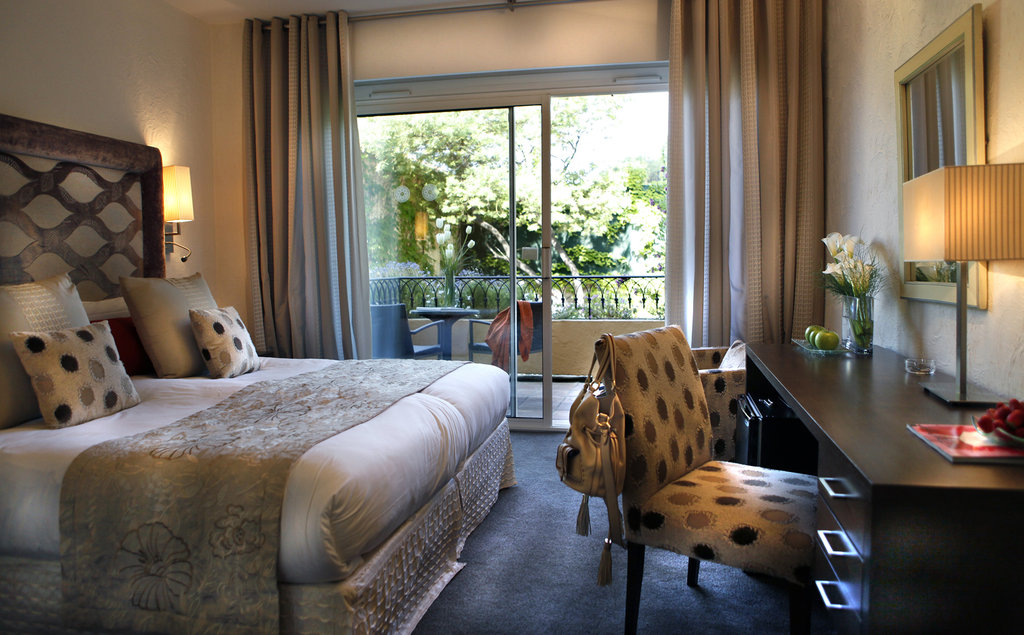 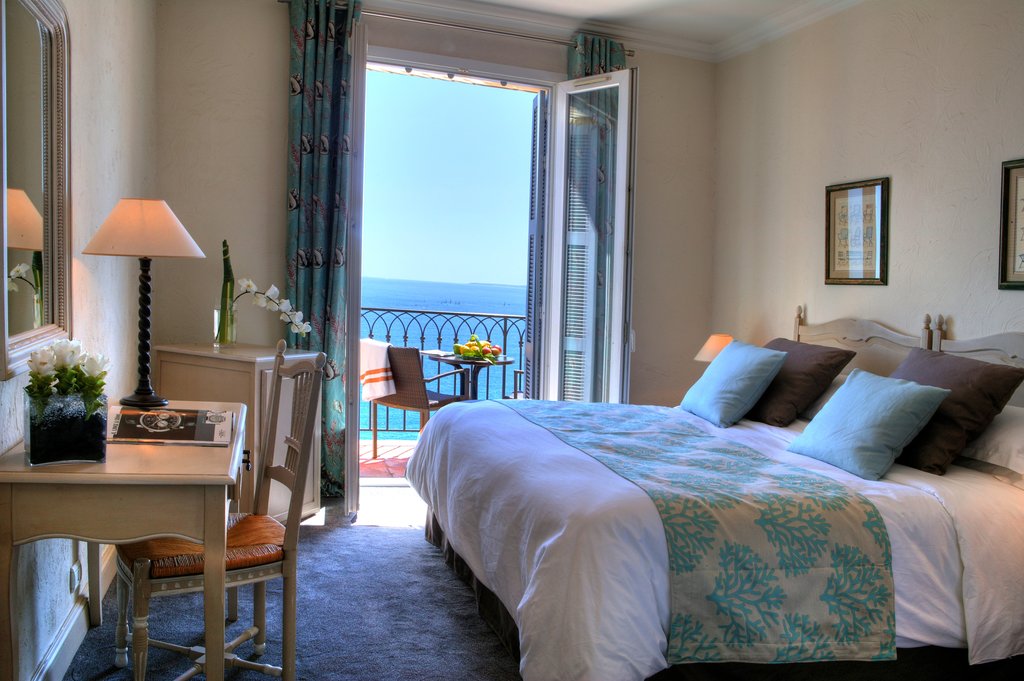 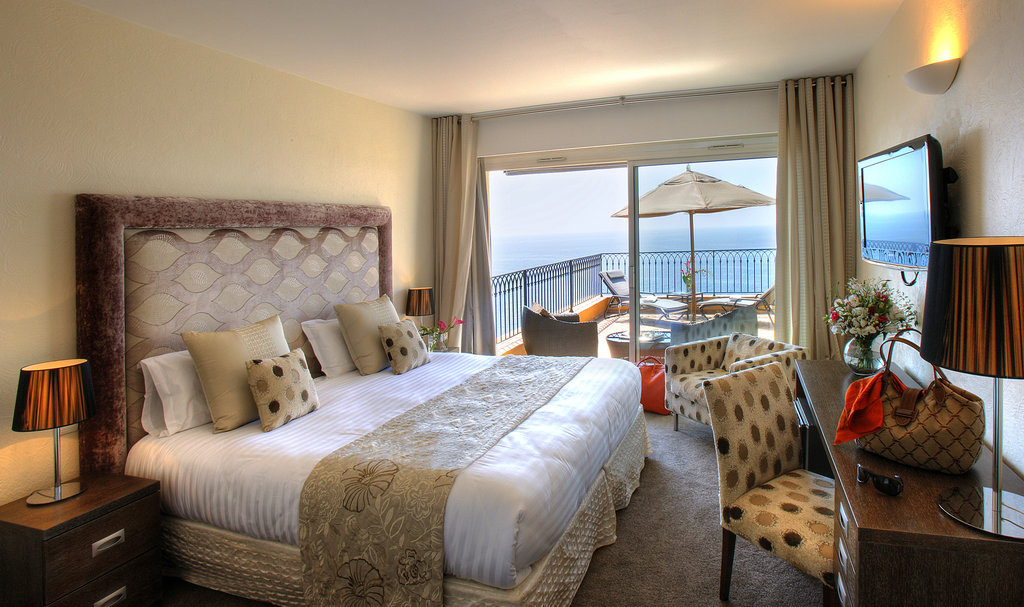 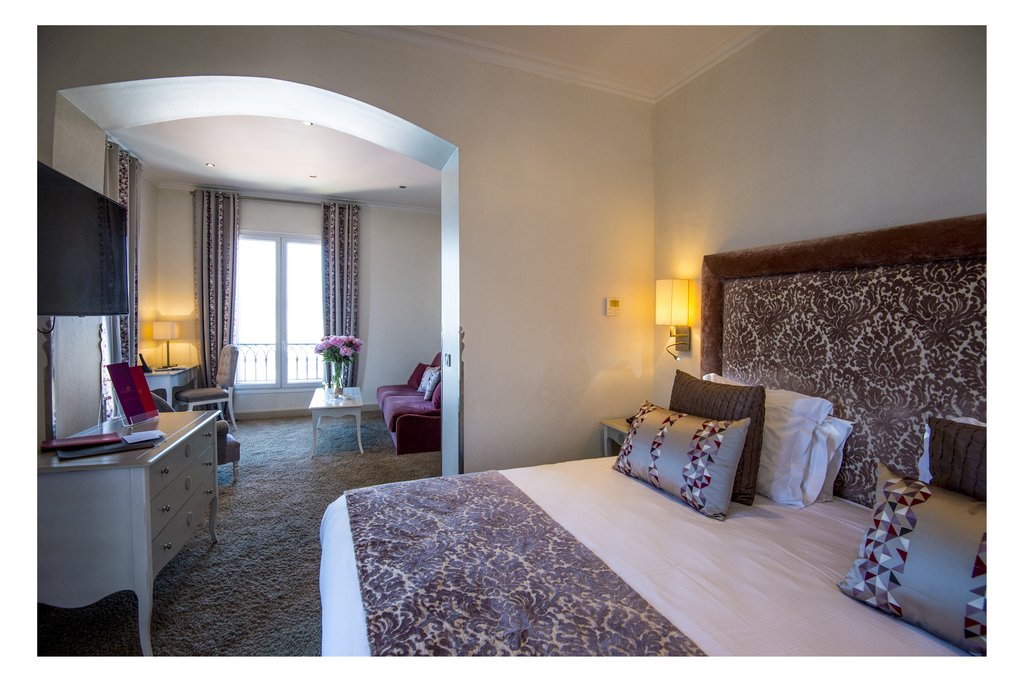 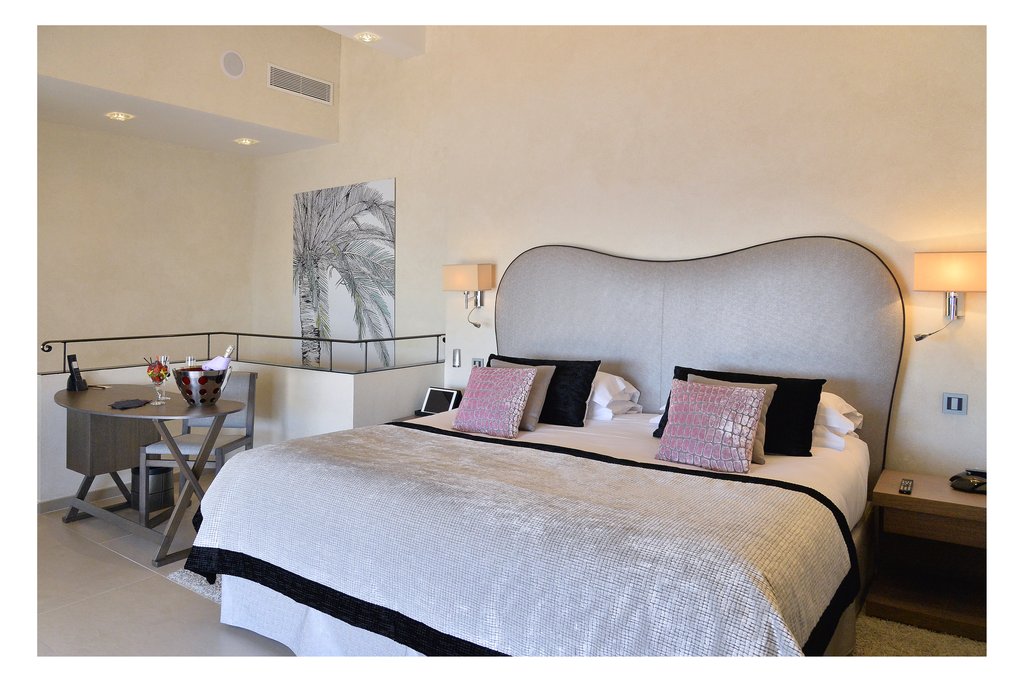 With hairdryer, magnifying mirror and welcome products. 45 to 55 square metres.

Under the shade of lemon trees on the outskirts of the swimming pool and in the discreet ambiance of a Mediterranean garden, the restaurant Le Patio promises delightful lunches and dinners. During the winter time, under a large veranda overlooking the gardens, you will find a unique place in Nice where you can discover the wonderful cuisine from Provence and the elegance of French dining.

In the summer time- under the shade of lemon trees by the swimming pool and in the discreet ambiance of a Mediterranean garden- the restaurant Le Patio promises delightful lunches and dinners. For the winter season we have a charming Veranda part to savour the exquisite cuisine of our chef.