A dazzling Victorian hotel, The Grand Hotel stands on the seafront enjoying a stunning outlook over the English Channel and the cliffs of Beachy Head. A choice of rooms and suites, sheltered terraces, good food and excellent spa facilities all amount to a quintessential English seaside experience with added panache in this delightful hotel, affectionately called ’The White Palace’.

The legacy of the Victorian era with expansive rooms and bold architecture is evident at The Grand Hotel Eastbourne, but with a new youthful appeal with timeless décor and state-of-the-art facilities.

Afternoon Tea in the lounge is something of an institution, undeniably delicious and in fabulous surroundings. Enjoy an invigorating coastal walk to Seven Sisters cliffs or a round of golf at Royal Eastbourne Golf Club in the South Downs. Return to The Grand Hotel Eastbourne and dine in the Mirabelle Restaurant where imaginative dishes are served accompanied by some of the world’s finest wines. 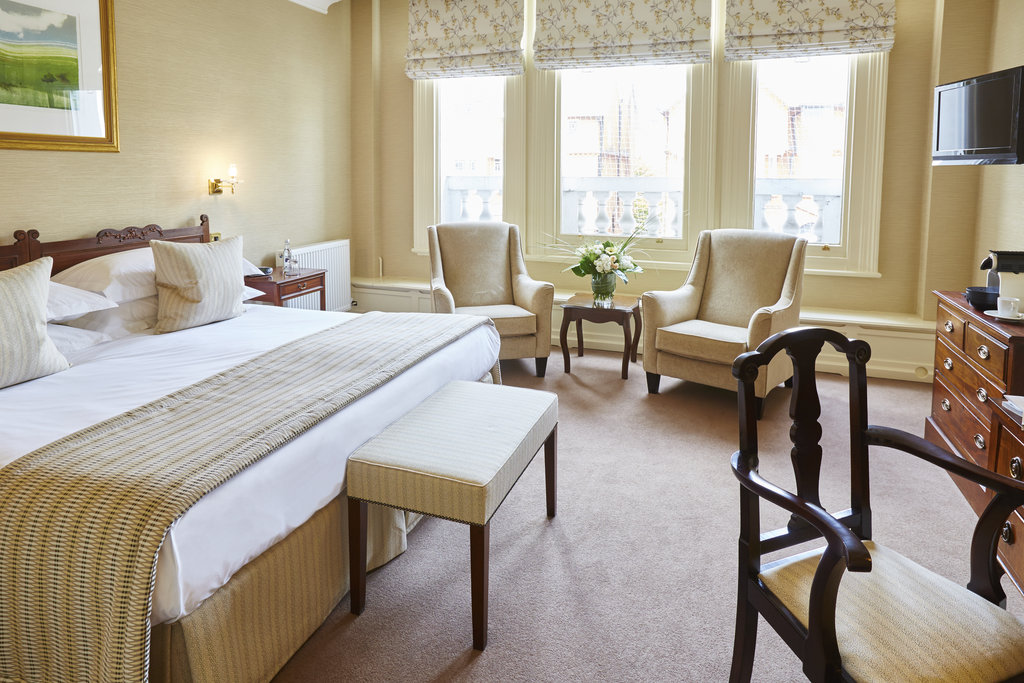 Our Deluxe Bedrooms have an inland view and are decorated in keeping with the style of the Grand. They are furnished with either double or twin beds, an armchair with coffee table and writing desk. 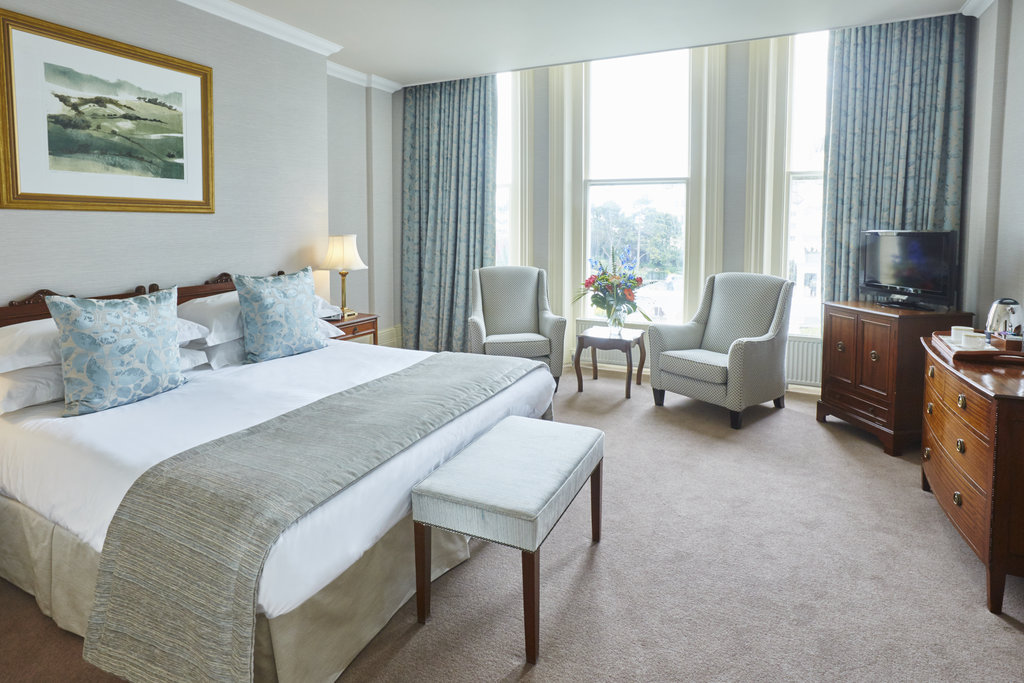 These Bedrooms are similar in size, decor and furnishings to our Deluxe Bedrooms but with the added benefit of a side sea view. Deluxe Side Sea View rooms have a double bed. Size: 32 sqm. 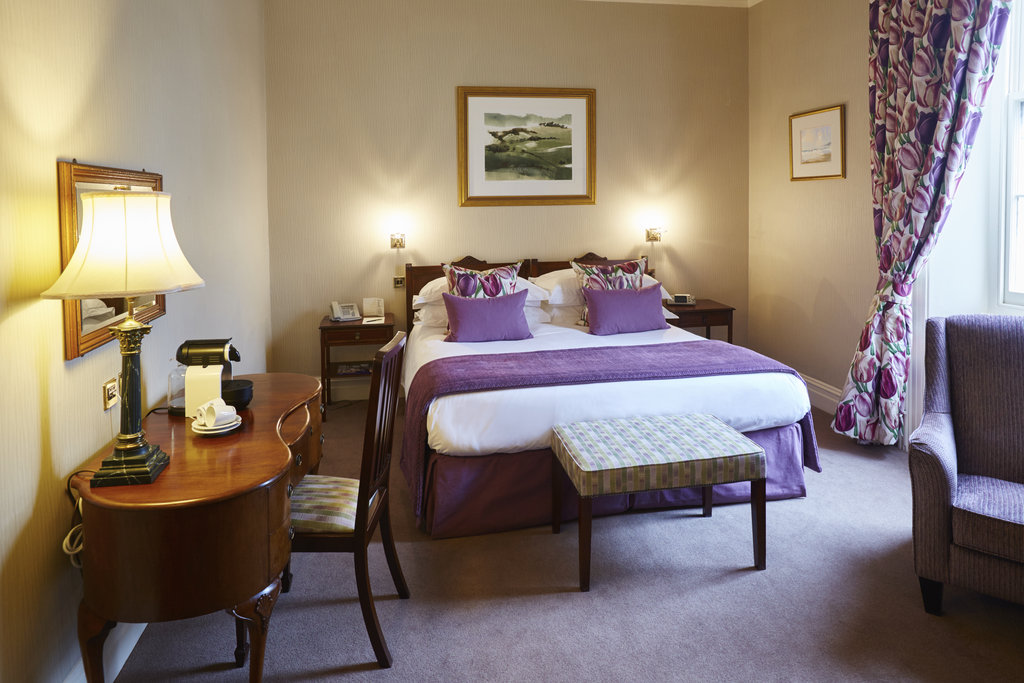 Executive Bedrooms offer more space than the Deluxe room options. They have a town view with either a double or twin beds and are large enough to accommodate one extra bed for a child. Size: 30-34 sqm 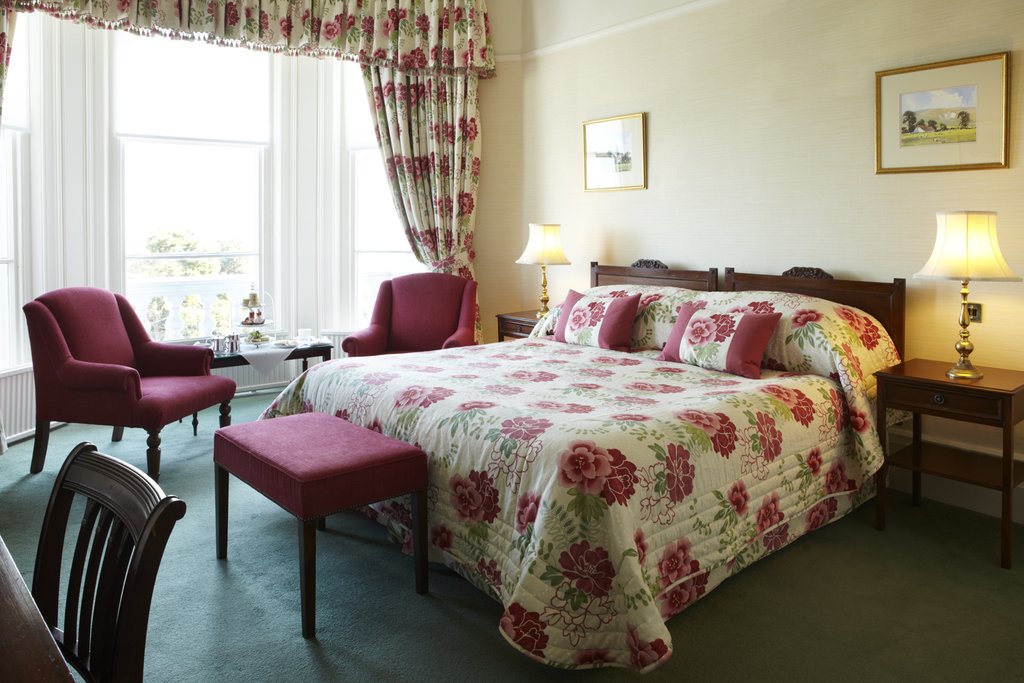 Our Executive Sea View Rooms are bright and spacious rooms on the front of the hotel with a full view out to sea. These rooms have either a double or twin beds and period features. Size: 30-34 sqm. 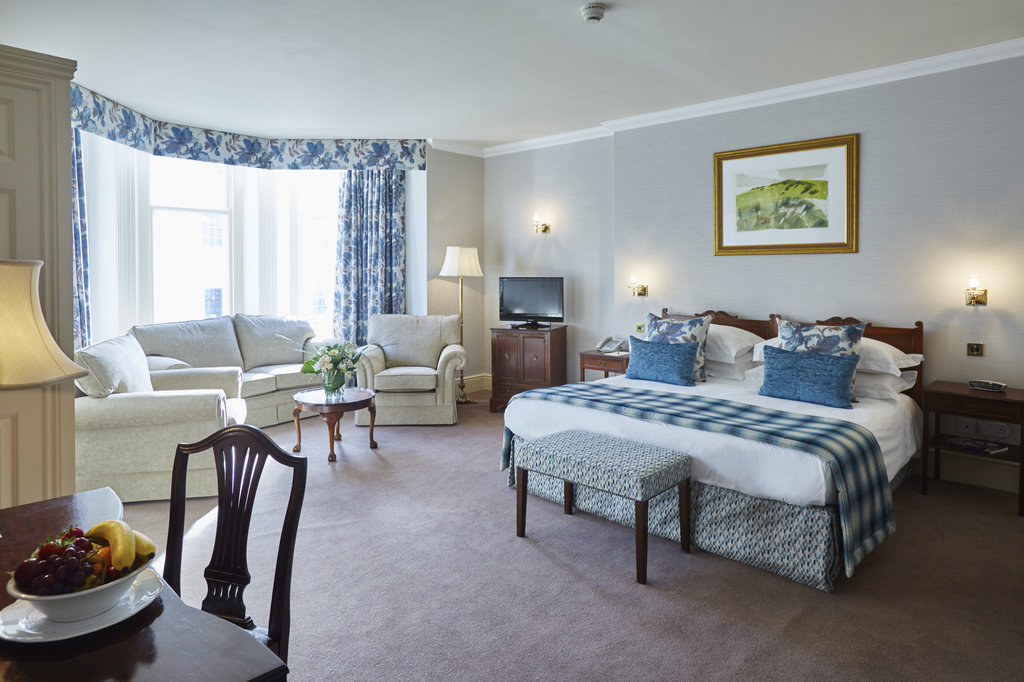 Junior Suites are large and spacious rooms incorporating a sitting area within the bedroom. Most have a sofa bed as well as room for an extra bed, the ideal choice for families. Size: 40 sqm. 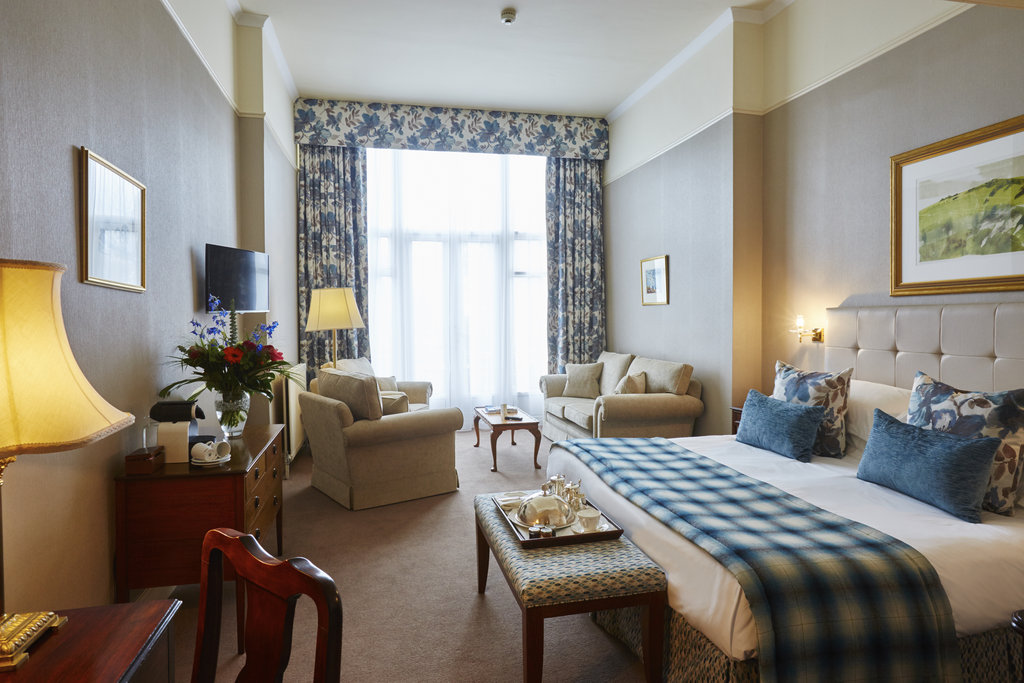 These Suites are located on the wing of the hotel with a sea view to the side. They have a spacious bedroom incorporating a sitting room, with a sofa bed and room for an extra bed or cot. Size: 40 sqm 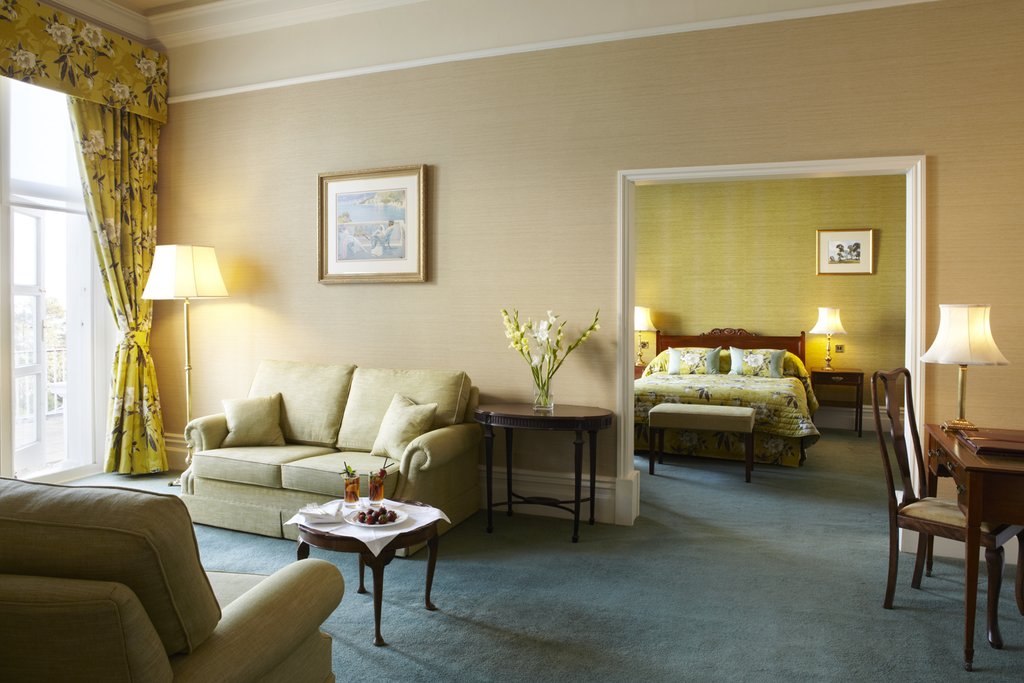 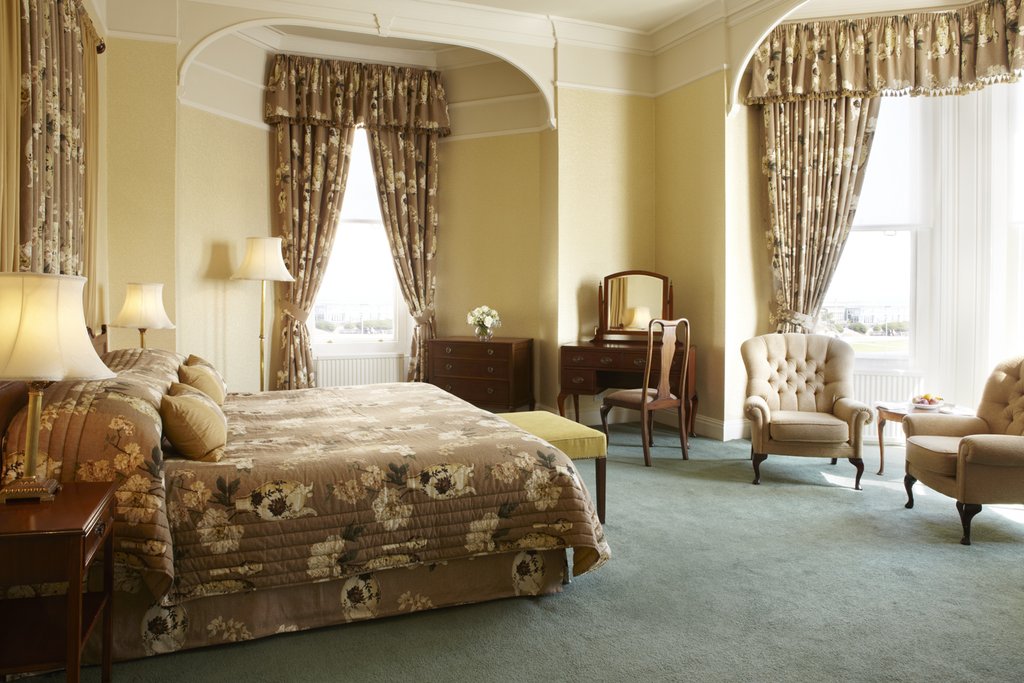 Master Suites have a separate sitting room and bedroom. All with seaviews and some with 4-poster beds and spa baths. 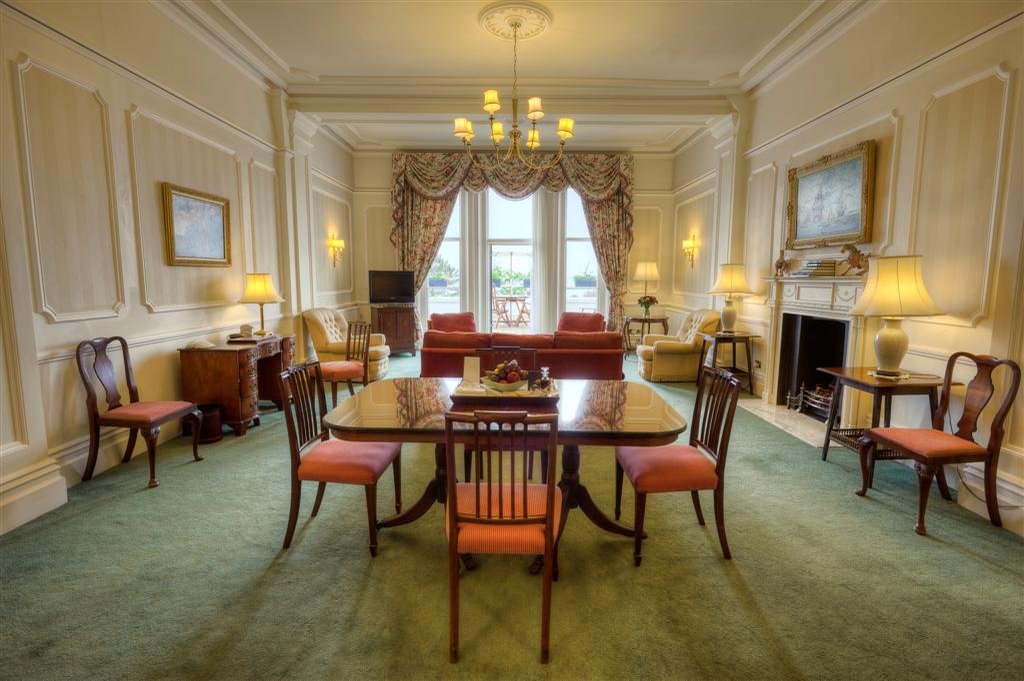 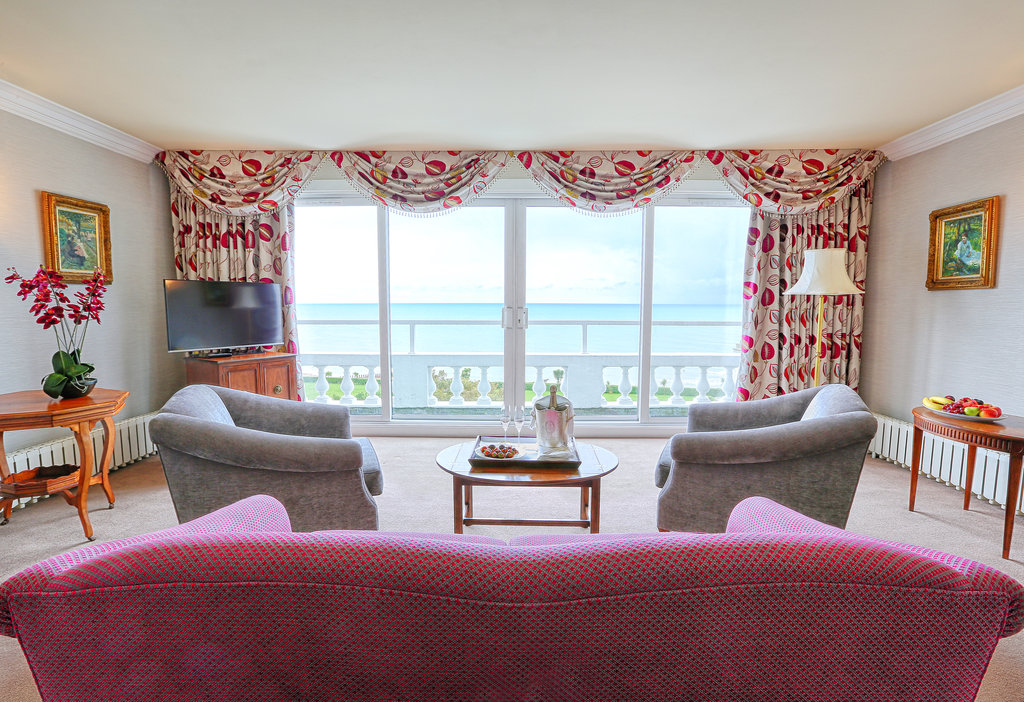 Situated in the privacy of the 4th floor with dramatic views, this suite has a luxurious bathroom with roll top bath.

Food at The Grand Hotel is renowned for its excellence and has won us many awards. We have two restaurants, the Mirabelle and Garden Restaurants where you can look forward to outstanding cuisine and fine wines served in relaxed settings. Whether you are planning a romantic meal for two, a birthday celebration with friends or client lunch, you can look forward to inspired menus complemented by an excellent selection of wine from our outstanding cellars.

A restaurant totally dedicated to the highest ideals of traditional cuisine- with a degree of modern interpretation and influence- the Garden Restaurant exudes a splendid atmosphere of quality and grace. Please note that advance booking is essential and that jackets and collared shirts are preferred for gentlemen. Please- no T Shirts or Sportswear

Since the day it opened its doors- the Mirabelle Restaurant has celebrated numerous awards- accolades and critical notices from the UK top food writers. The Mirabelle serves a modern European menu of seasonal specialties that play creatively with flavours and textures- and which are complemented by an extremely well chosen wine list. Serves lunch and dinner from Tuesday to Saturday inclusive. Smoking is not permitted.

The Spa at the Grand Hotel offers exclusive treatments from Kerstin Florian and VitaMan, including a wide range of Facial, Body and Male Grooming treatments which are only available through leading Spas and Luxury Hotels. From a simple manicure to complete top to toe treatments, the Health Club offers a complete spa experience with its menu of beauty therapies, massages and signature treatments.